Finding the right people to fit specific job roles and careers is important and getting it wrong can be time consuming – and expensive. That’s why most forward thinking Managers, Leaders, Business Owners and HR professionals are now questioning the conventional outdated “go to” people profiling tools and techniques – because  they are too limiting, narrow and don’t have enough scientific basis to profile people in enough detail.

After all, personality psychology is interested in what differentiates one person from another and why we behave the way that we do. Like any science, personality research relies on quantifiable concrete data, which can be used to examine what people are like.

This is where the Big Five plays an important role and can save you time and money.

Please read on or click here to watch our short explainer video to see how this can help you.

The Big Five was originally derived in the 1970’s by two independent research teams – Paul Costa and Robert McCrae (National Institutes of Health), and Warren Norman (University of Michigan)/Lewis Goldberg (University of Oregon) – who interestingly took slightly different routes at arriving at the same results: most human personality traits can be boiled down to five broad dimensions of personality, regardless of language or culture.

These five dimensions were derived by asking thousands of people hundreds of questions and then analyzing the data with a statistical procedure known as factor analysis. In scientific circles, the Big Five is now the most widely accepted and used model of personality – though old methods are thill being used in work contexts; e.g. Myers Briggs (MBTI).

For the past several years, the Big Five has been used to study personality, how it changes over time and how it relates to other variables (such as self-esteem and preferences). During this period of time, personality data has been collected from millions of people from around the world.

Analyses of the data has revealed a number of findings and allowed the identification of some major patterns in our personalities. For example, contrary to the old view, findings now suggest that personality is not “set in stone” at age 30; instead it continues to change, with the exact pattern of change depending on the trait.

In the modern world it is important to understand that new knowledge and new ways of thinking are required. For example; in neuroscience it was previously thought that the brain was hardwired and did not change. However, through understanding neuroplasticity scientists have now proven that the brain continues to develop new neural pathways, enabling the brain to change throughout an individual’s life,

What are the Big Five

Let’s explore how each trait presents itself in our personalities:

Although these traits are mostly stable throughout our lives we now know that  people are malleable. Through personal development and certain modalities changing subconscious programming/habits/behaviors is possible to make lasting change.

Now that we understand what the Big Five are and how they present in people, let’s take a look at why this information is useful to us:

Whether you’re looking for a way to build a more cohesive team with the people you already manage, create positive employee engagement – or you are hiring new people…. you can put these personality traits to work if you understand them well enough.

Here are few suggestions to get you started.

Before you hire a person for a new role you will probably put together a detailed job description because this helps you to understand what kind of person you are looking for: what skills and experience they will have and what they will be able to bring to your company. This description may include shared values, emotional intelligence, reliability or any other criteria for the role.

Using the Big Five, you can put together a rough blueprint of the personalities you already have in your team – and make a note of which personality traits would best fit into the new role.

In the modern workplace most forward thinking organisations now realize the importance and value in having a positive shared business culture and a powerful employee engagement strategy. This is also something that plays a big role in the hiring process and to help make better decisions about who will fit in best.

Understanding the type of personality traits that suit each role is important. How different personalities fit together and how you can build effective teams is also important. Therefore, working out the personality traits most suited to your company’s culture can help you to keep an eye out for the right people and help you to spot those who will fit in more easily. It also gives you the ability to identify existing internal talent within the workforce.

When new employees come join the team it’s normal for an existing employee to show them the ropes. Hence understanding their personality types could make your employee on boarding process smoother and more effective. 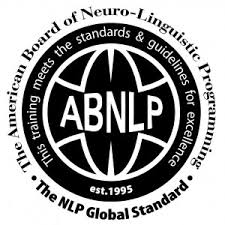